The Green Party welcomes Hounslow Council’s new stance on refurbishing existing buildings in the Character and Design Code, currently out for consultation. This states that “the first step must be to explore all opportunities to re-use or adapt the existing structures on site”.

We wish that the Hounslow Labour manifesto and statements by their prospective councillors backed up the design code. Up until now Labour’s first step is to demolish and rebuild. Labour need to be clear whether the embodied emissions from new buildings are included in their manifesto pledge to ”reduce carbon emissions by 50%”. 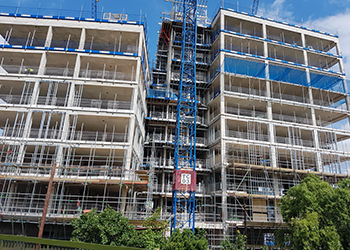 Tony Firkins, who is standing for the Green Party in Brentford West in the local elections on 5 May 2022 said, “The Green Party welcomes the new approach in the Character and Design Code and rejects the old Labour approach leading to high carbon emissions associated with demolishing existing buildings and re-building”.

We will strongly support a planning assumption in favour of refurbishment rather than the current practice of demolishing and rebuilding. The Council have recently approved the demolition of a series of buildings that have barely been up for forty years, including Tesco Osterley, Homebase, B&Q and Watermans Art Centre.  There are also proposals coming forward for the demolition and re-build of Heidelberg (built in the early 1980s) and the north side of Brentford High Street.”

Stephen Clark, who is also standing for the Green Party in Brentford West said “Yet again, Labour’s actions don’t match the words in the councils’ own consultation”. 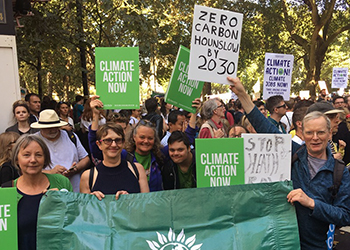